Back to the Business Directory index 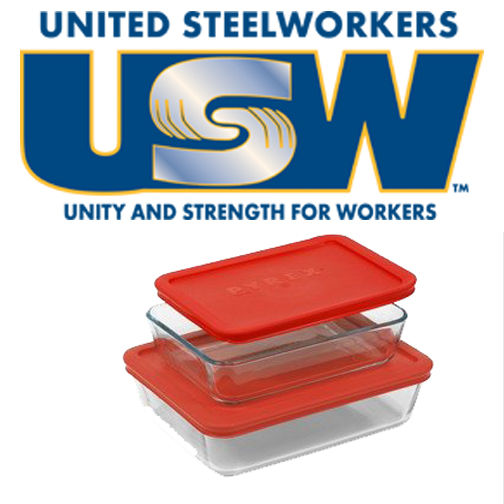 
Made by members of Local 53G Pyrex is made from sturdy soda-lime glass. Pyrex is safe to use in both the oven and the microwave and is heat-treated to increase its resistance to breakage if knocked or dropped.

Since 1936, Pyrex bakeware has been made in the Pennsylvania river town of Charleroi, where USW members today produce 50 million pieces of glassware each year. Some 300 USW Local 53G members produce some 45 million bowls, measuring cups, pie plates, casserole dishes and other pieces each year.

Corning Inc. began making Pyrex cookware in 1915, and as late as the 1970s, some pieces were made by hand. Owned by World Kitchen LL since 1998, Pyrex is made in Charleroi using a complex mechanized system, with a team of Steelworkers overseeing each step.