Reposted from the We Party Patriots blog

The familiar tune of a state House at odds with a state Senate is playing loud and clear in Iowa, today.

The IndyStar reports that:

The Iowa House on Wednesday began debating House File 525, which would strip unions of the right to negotiate how much employees contribute to health insurance premiums, how layoffs take place and other contract items.

While the article does not suggest swift passage of the bill through the House, it does imply a near-guarantee of that fact, followed by a similarly certain Senate rejection of it:

House members Wednesday afternoon began to work their way through more than 100 amendments, most proposed by Democrats who want to sink the bill.

Legislative leaders said it was likely the debate would last well into today and perhaps beyond. The House was on the third amendment after three hours of debate Wednesday.

Republican leaders have predicted the bill’s ultimate passage in the House. However, its future in the Senate, where Democrats hold a slim majority, is bleak. Senate Majority Leader Michael Gronstal of Council Bluffs has vowed to stop the bill.

Constituents around the country are beginning to tire of what they feel are ideological, rhetorical uses of their respective legislatures’ time when the realities of elected official party affiliations are no secret. Similar outcomes in New Hampshire, where Governor Lynch vowed to veto Right-to-Work legislation, and Minnesota, where Governor Dayton has vowed to veto an education package, have been witnessed.

Iowa Senate Majority Leader Gronstal insists that the legislature is conscious of the conditions:

“We’re not playing those games of sending it to the House for the fun of it,” said Gronstal. “We’re going to keep working on things that unite people. The House is focused on issues that divide Iowans.”

Omaha.com, running an AP thread, has pin-pointed the overall lack of action that has resulted from Iowa’s hyper-partisan climate:

To date, Gov. Terry Branstad has signed into law a supplemental spending bill, two technical measures dealing with corporate regulations, a resolution calling for a statue honoring Norman Borlaug to be erected in Washington and a measure legalizing hunting of mourning doves, the governor’s aides said…

Lawmakers have yet to approve any of the pieces of a new $6 billion state budget, and the politics of this year’s session get more complicated this week when legislative staffers deliver a proposed new map of legislative and congressional districts reflecting population changes counted in the census.

The Struggle in Wisconsin

ABC World News recently conducted an experiment to see if they could furnish a typical suburban American home with only Made-in-USA household products.  It took some doing, but in the end they stocked the house with a wide array of American-made goods.

This “Made in America” movement continues to grow, and thankfully ABC World News’ investigation shows it’s possible to fully embrace the American-made effort.

Todd Scaccia, of Nassau, New York, says he is taking things a step further.  He has opened Hometown USA Store, which sells only American-made products.  His real goal is to become the first chain store in the country selling only “Made in USA” items.

Scaccia wants to keep increasing his inventory, though, and is hoping that ManufactureThis readers will visit his website to contact him with more brand name suggestions.

Scaccia would like to eventually launch the first All-American-made department store, which will be located in an adjoining 29,000-square foot warehouse. 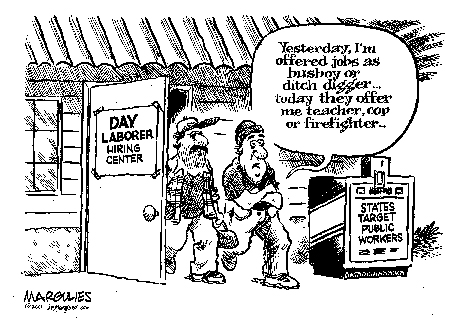 Hilton has shown itself to be a real leader in San Francisco’s biggest industry. With this agreement, workers and the company alike can look forward with confidence as the hospitality sector continues to emerge from the recent recession.

The contract settlement – which is subject to a ratification vote this Friday – was reached during negotiations last Thursday, and was finalized over the weekend. It is a four-year agreement, back to August 2009 and forward to August 2013. It provides for continued, fully-paid health benefits, pension improvements, $2.00 in total wage increases, and workload reductions.

With this settlement, UNITE HERE has called an end to the boycott of the Hilton San Francisco Union Square and is encouraging customers to book events at this property. The union continues to seek contract settlements with other employers in the hospitality industry, and maintains a boycott at several Hyatt and Starwood hotels.

Guadalupe Chavez, a room cleaner at the San Francisco Hilton and executive board member of Local 2:

This is a big step forward for us. I’m so glad the contract is settled with Hilton, but we’re going to keep on fighting for our brothers and sisters at other hotels.

Please visit our website for details on the settlement. Read labor activist Carl Finamore’s excellent account of the Hilton settlement on BeyondChron or see footage of the Hilton and Local 2 press conference on KTVU.