Hundreds of thousands of public employees are peacefully defending their rights in states across the US, and they’re all up against GOP underhanded tactics pushing through dangerous bills. Each state faces their own battle for saving workers rights, but they all share in the belief that ending fundamental rights to organize does not balance budgets. 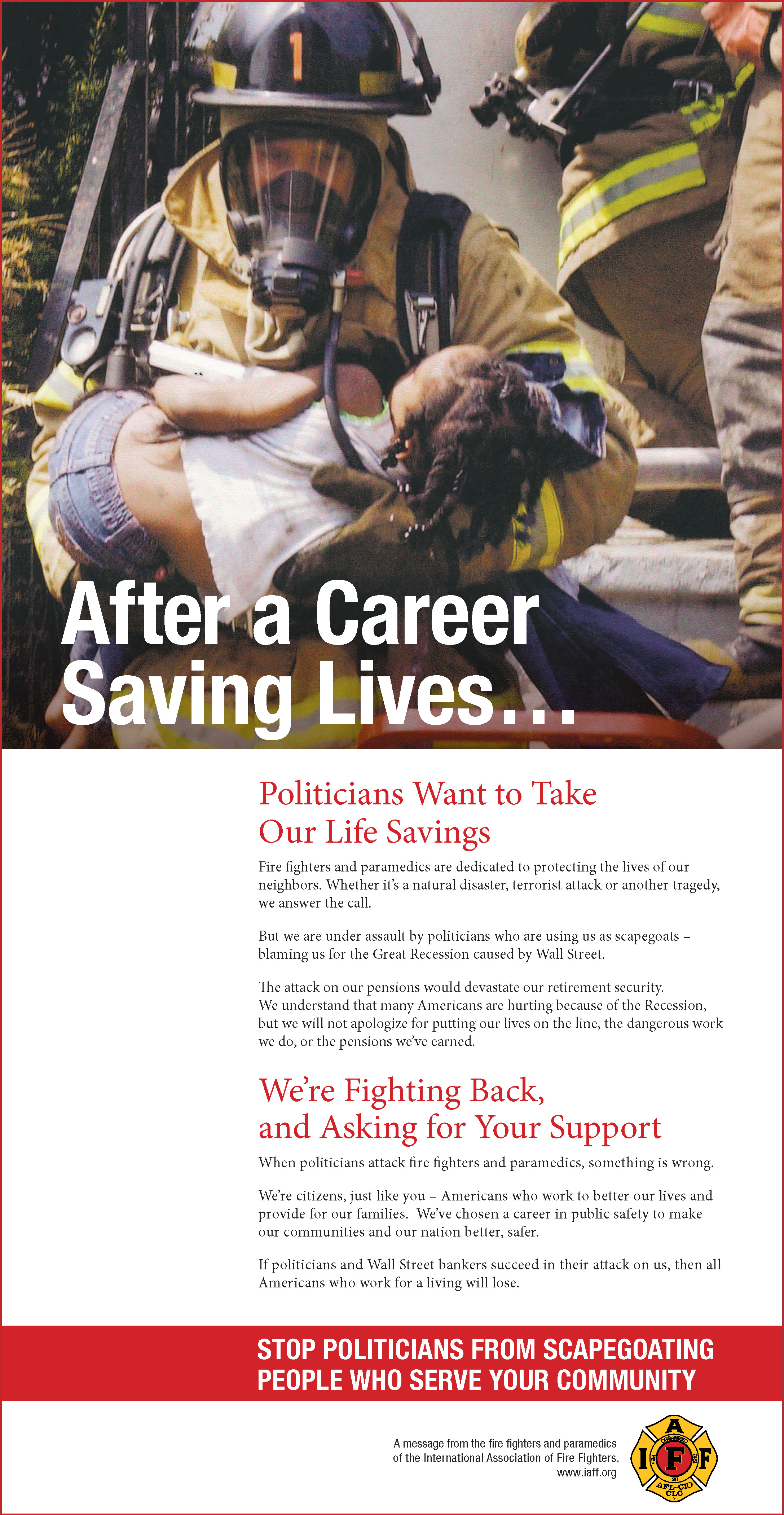 Who You Calling a Union Boss?

JP Morgan Chase CEO Jamie Dimon was found guilty yesterday of conspiracy to wreck the economy, destroy jobs and the immoral use of taxpayer bank bailout money for millions in Wall Street bonuses.

The courtroom was on a Madison Wis., street in front a JP Morgan Chase bank branch and the jury included dozens of union and community activists. The street theater was part of the AFL-CIO union movement’s two weeks of action across the country to Make Wall Street pay to create jobs and fix they economy they ravaged.

Jim Cavanaugh, president of the South Central Federation of Labor which organized the curbside drama says:

Find out about events in your area here. If you take part in an event, be sure to send us your photo or video here.

You also can tell Wall Street executives to pony up and create good jobs by sending a letter urging them to do the right thing. Just click here.

Super Bowl XLIV was the most watched show in TV history. But before the and the took the field, a different kind of team was behind the scenes, making sure the game was seen around the world.

More than 500 broadcast technicians, all members of the Electrical Workers (IBEW), were in the stands, on the field, behind cameras and in the control room to make the Super Bowl work. In a new video (above), IBEW tells the story of this unseen but vital group that made watching the game possible.

There were 90 cameras alone. Neil McCaffrey, a member of IBEW Local 1212, has operated a camera at seven Super Bowls. He says:

Everyone wants to participate in it [Super Bowl] because it’s so big. So it’s a great sense of brotherhood.

Martin Febres, a freelance technician and member of IBEW Local 108 who was working his first Super Bowl, says:

[The other IBEW workers] are willing to share their knowledge. They’re willing to give you that experience. That’s one of the great things I like about IBEW.