Labor Day falls on September 7, 2015, this year, and is also the day in history when the United States got its nickname Uncle Sam.

“Uncle Sam” is linked to Samuel Wilson, a meat packer from Troy, New York, who supplied barrels of beef to the United States Army during the War of 1812. Wilson (1766-1854) stamped the barrels with “U.S.” for United States, but soldiers began referring to the grub as “Uncle Sam’s.” The local newspaper picked up on the story and Uncle Sam eventually gained widespread acceptance as the nickname for the U.S. federal government.

Labor Day made its mark in U.S. history around the same time 70 years later, evolving, much like Uncle Sam, into a national symbol.

While, Uncle Sam is the personification of the U.S. and is generally regarded as a patriotic symbol, Labor Day symbolizes the power of the U.S. worker and the hard work undertaken to achieve the eight-hour day, a 40-hour work week, a fair wage, and a path to the middle class.

Both are a tribute to our nation in their own way and while Uncle Sam is a product directly of war, there were countless battles fought to achieve Labor Day.

We can’t forget those hard fought battles. We must honor the promise of a better future long sought by our founding union brothers and sisters. This Labor Day, we must resolve to look for the Union Label, to seek providers of union services in hotels and restaurants and post offices.

And we must take action, like they did, to fight back against the employers who would destroy our unions, who choose to move our jobs overseas. We must honor boycotts and picket lines and we need to help our brothers and sisters who are looking to organize a union in their workplace.

We must remind everyone that we strengthened the United States and we built its middle class.

We face a challenge and an opportunity this year to support both union-made goods and services and expand the ideals of unionism to all Americans. This Labor Day buy union and shop union.

Labor Day differs in every essential way from the other holidays of the year in any country. All other holidays are in a more or less degree connected with conflicts and battles of man’s prowess over man, of strife and discord for greed and power, of glories achieved by one nation over another. Labor Day…is devoted to no man, living or dead, to no sect, race, or nation.

— Samuel Gompers, founder and longtime president of the American Federation of Labor

Former union organizer and famed artist Ralph Fasanella (1914-1997) painted hundreds of canvases depicting urban working life during the post World War II America. Fasanella was born in the Bronx and grew up in the working-class neighborhoods of New York. As an organizer he advocated for worker’s rights. His passion for social justice showed through his colorful and vibrant paintings.

On May 18, 2015 the Labor Heritage Foundation’s Fasanella Public Domain Project will donate the “Corner Butcher” — an iconic painting depicting the skilled craftsman clad in a heavy flannel shirt and apron, with his Union Shop Card hanging on the wall behind him — to the Smithsonian American Art Museum to be displayed in the Folk Art Galleries.

The Foundation is donating the gift in memory of David Gelios, who rose from working as a butcher in an Ohio meatpacking plant to become chief officer of the UFCW Local 911.

The donation was made possible through labor union funding and the sale of “Corner Butcher” posters. The reception is sponsored by ULLICO Inc.

The Foundation will hold the dedication and reception on May 18, from 12:30-1:30 at the Museum’s Folk art Galleries, West Side (South End), First Floor. The Smithsonian American Art Museum is located at F and 8th Streets, NW near the Gallery Place/ Chinatown Metro Station.

In addition to the donation of the “Corner Butcher” Fasanella’s “Iceman Crucified” will also be on display. 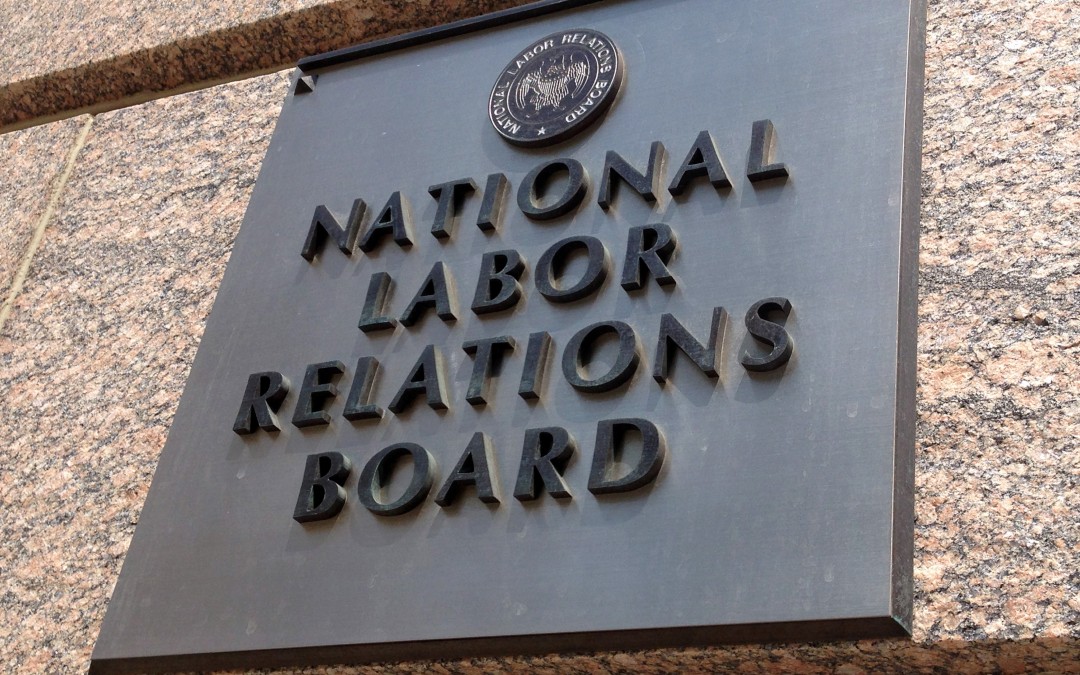 The National Labor Relations Board has ruled that an employer who warned workers before a labor election that getting a union could hurt business was making an illegal “veiled threat.”

In a 2-1 decision the three-member panel of the board said Tim Krise—the vice president of Student Transportation of America Inc, a Bristol, Penn., school bus company—violated the rights his employees when he reportedly told them that the company could “walk away” from its contract with the Bristol Township if operations became “too costly.”

The case was brought before the board following a November 2013 contested union election when employees voted 24-23 to join the Teamsters. Two ballots from that election were contested and have not been counted, leaving the outcome of the election unclear.

The board ordered the remaining contested ballots be opened and counted. If they show the union won, the company must recognize the Teamsters as the collective bargaining agent. If not, a new vote must be held.

President Obama has Fast Track Authority legislation in hand this will empower him to rush the Trans Pacific Partnership, a massive trade deal, through Congress to an up or down vote. And other trade deals lurk nearby. But he can disprove Lord Acton’s aphorism, absolute power in this case, need not corrupt the legislative process. He has the power, yet he can refuse to use it.

It’s an unlikely scenario, but let’s consider its virtues. If President Obama does not sign the Fast Track Authority legislation, he reserves the right to do so later. By refusing to sign it, he retains the support of progressives, labor, environmentalists, consumer protection groups and more. Sign it and watch the coalition that elected him dissolve. If his only concern is personal, his legacy, he may not care. If he cares about the Democratic party, he should think twice. As for his legacy, wait and see as it pertains to jobs and the middle class.

He claims that TPP is good for the U.S. economy, including workers. His claim flies in the face of history. Millions of jobs were lost under NAFTA, the WTO and other similar trade deals, for example, under the Korea agreement, Korean auto exports to the U.S. have soared to more than 1.3 million cars annually while the U.S. auto exports to Korea are a paltry 38,000 a year.

An implicit acknowledgement of the high cost trade pacts exact in jobs is the administration’s side deal with Republicans to pass a watered-down, underfunded Trade Adjustment Assistance measure. TAA is supposed to aid workers dislocated, that is jobless, as a result of free trade. Its effectiveness at full funding is questionable. This trade adjustment assistance bill has been drastically cut by $150 million.

President Obama claims that if we don’t write the rules of international trade then China will. So be it. What is the difference between rotten rules written here or written elsewhere? One positive difference is that we don’t have to adhere to Chinese rules and can protest them freely. American rules will be the law of our land, but may not be honored or enforced abroad.

President Obama should know that unfair trade deals with countries whose standard of living is far below ours do not promote competitiveness. They promote outsourcing and greater income inequality. Our manufacturing sector has been severely impacted. The new deal will add to the harm and spread it further among service workers.

Income inequality supposedly concerns him. He can demonstrate this concern by refusing to sign the Fast Track measure and by participating in a full, open, transparent and honest debate about the Trans Pacific Partnership.

We note that 58 nations can already bid on an equal basis for federal government contracts. The federal practice is used as cover for governments at every level in the U.S. to do the same. TPP will add four more countries to the 58. No one knows how laws that promote buying American-made products will be upheld against foreign complaints of restraint of trade. No one knows whether laws calling for assigning a portion of government business to minority-owned or women-owned companies will be exempt, or whether they will be subject to foreign protests, too.

All these issues and more deserve a full debate leading to an improved trade agreement.

President Obama can advance the causes he espouses by refraining from signing onto Fast Track and allowing Congress to perform its job thoroughly.

Look for these union made products at your local grocery store

Products shown are made by Bimbo Bakeries by members of the Bakery, Confectionery, Tobacco and Grain Millers, AFL-CIO Union (BCTGM). 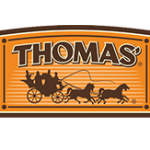 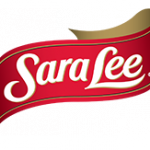 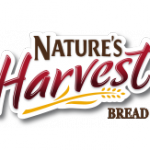 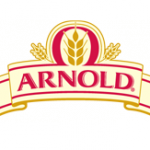 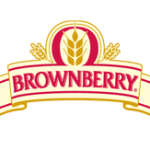 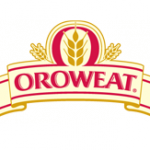 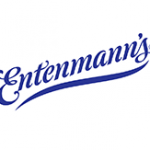 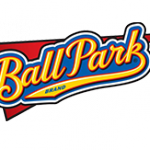 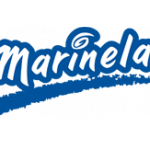 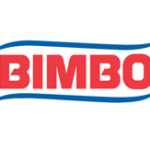 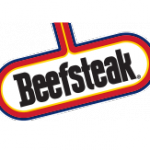 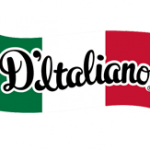 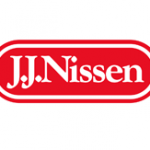 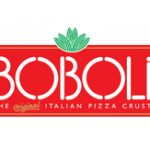 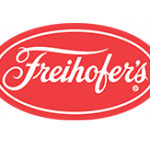 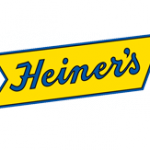 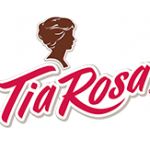 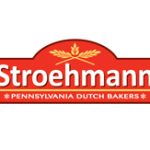