Working Families Have Been Hurt by Trump Administration Policies

The two years since the 2016 presidential election have been tumultuous. As noted in previous issues of the Label Letter, and this one, too, Labor has been lambasted and working people and their families have been hurt by Trump administration policies. The 2018 midterm elections present an opportunity to redress the situation to some extent.
A number of candidates around the country have strong support from the Labor Movement based on their actual record and not demagogic posturing.

Randy Bryce in Wisconsin, Stacey Abrams in Georgia and Andy Levin in Michigan are just a few of those whose positions and records are pro-working people, pro-union nad pro-family. And there are more at every level of government from school boards to mayor to state legislatures. Look for them.

The recent victory in Missouri saw voters reject a right-to-work (for less) measure. The measure had been rammed through earlier by a right-wing governor and legislature. When working people and an informed general public learn what harm anti-labor policies cause, they vote to preserve their rights and hard-won advantages.

Labor leaders and activists at every level have the duty to inform voters about the candidates who are truly on their side. The AFL-CIO website is a strong resource for political information, facts not demagoguery! 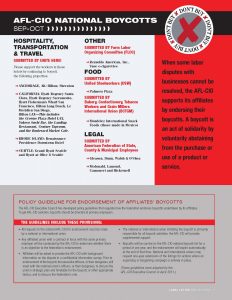 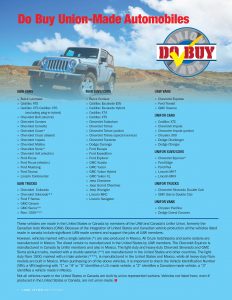 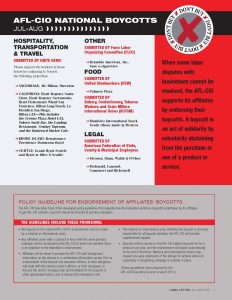 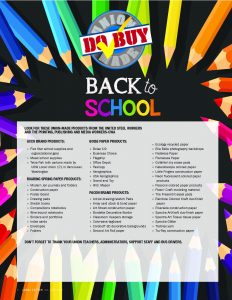