Activist union teachers around the country continue to stack up victories and anti-union legislators continue to oppose workers’ union rights, as in Sen. Rand Paul’s (R-KY) introduction of a national right-to-work bill.

The more things change, the more they remain the same.

Lest we forget: the Trump administration issued executive orders attacking government employee unions, interfering with their ability to perform their responsibilities to union members. The unions went to court to reverse the actions limiting the basic rights of federal employees.

The much-dreaded Janus decision was rendered in favor of its anti-union plaintiffs. And then, guess what. Union membership did not decrease, it increased. Non-member government workers chose to join the union when they realized that having a strong defender in the workplace outweighed not paying union dues.

Graduate students at various universities (including Brandeis and Harvard) are intent on joining the more than 30 other graduate student unions. Hotel workers on the West Coast are fighting for their rights.

Workers at New Era Cap Company’s Derby, Pa., factory, makers of iconic Major Leagues Baseball players’ caps, are supported by MLB players in their opposition to sending their jobs to a non-union plant.

Sean Doolittle of the Washington Nationals has this to say about his support of the New Era workers: “union membership is not the sole guarantor of job security and a living wage, but nonunion factory workers do not enjoy the same protections as union workers. They’re subject to exploitation, underpayment and lower standards of workplace safety — which is also often the case for manufacturing workers outside the United States.” The Major Leagues Baseball Players Association has called for keeping New Era’s union plant open. 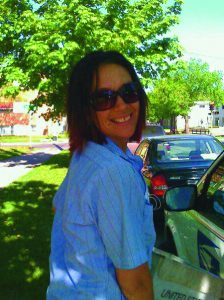 I am a 20-year veteran letter carrier in St. Paul, Minnesota. I joined the union immediately when I started with the U.S. Postal Service, not because I knew a lot about the National Association of Letter Carriers, but because I grew up in a union household. I knew if you have a union at your workplace, you join.

I became really involved in the union around 2006, when my Branch at the time in Minneapolis had their steward step down. A good friend of mine came to me and asked if I would like to become a steward. I was already fighting for women’s rights in the workplace, so this gave me an opportunity to get more involved. I started attending meetings and regional trainings and I am now the Recording Financial Secretary at Branch 28, as well as an alternate steward for my station and a regional Minnesota state organizer. I also helped NALC and USPS on a new vehicle project. I had the opportunity to travel and give feedback on different designs.

I love my job as a letter carrier. I get to spend time outside and see people every day. But this work takes a toll on your body. I have worked both a walking route and a vehicle route and they both have their pros and cons. You are twisting and turning your body and as you age, the work gets harder. A few years back, I was diagnosed with Plantar fasciitis which made it difficult for me to work. Because of this I had a hard time being on my feet all day. Because of my benefits, I was able to visit a doctor and eventually I was given a guaranteed modified schedule. If it weren’t for my union, I would not have been able to continue to work in a job that I love.

A lot of people think the USPS is unnecessary, but my route tells me differently. I visit a lot of businesses daily. They are still sending and receiving a lot of mail. The USPS is vital to our nation. And my union is fighting every day to ensure our citizens continue to have this vital service. ■ 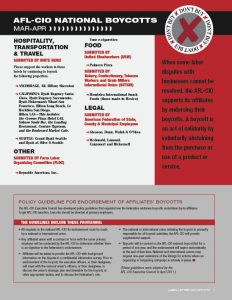 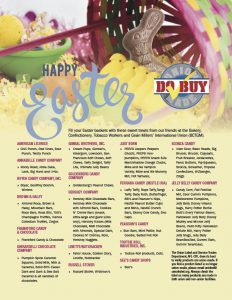 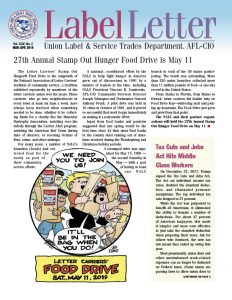