In October 2021, while the country grappled with COVID lockdowns, and mass resignations, many unionized workers made the difficult decision to join in solidarity with their brothers and sisters on the picket lines.
“Striketober,” as it was dubbed in the media, saw more than 100,000 workers participate or prepare for strikes. It was the culmination of years of worker dissatisfaction, poor pay, and insufficient employer reaction to COVID.
With unresolved negotiations looming between railroad workers and the Class I railroad companies, as well as healthcare workers, teachers and professors voting to authorize strikes, essential workers are still fighting for better working conditions.
At the University of Wisconsin, hundreds of nurses voted in favor of authorizing a three-day strike to improve patient care and gain union recognition for SEIU Healthcare Wisconsin, the union the Madison nurses voted to represent them nearly three years ago.
Members of AFSCME Local 328, the union representing some 7,000 workers at Oregon Health & Science University, have also authorized a strike. The Portland research hospital workforce voted to authorize a strike as they seek a 24 percent pay raise spread over three years. The Local says that workers are burned out, frustrated by the high wages paid to temporary and contract workers while struggling to pay for their own health care and necessities. Oregon law requires the union give at least 37 days’ notice before any strike.
Kaiser Permanente Hawaii’s mental health unit workers spent Labor Day walking the picket lines. The psychologists, social workers, nurses, and counselors are demanding better pay and increased staffing. The employees, who say they organized four years ago, are still operating without a contract.
In August, workers at Starbucks have held more than 55 different strikes in 17 states. The Starbucks Workers United union says that as many as 75 employees have been fired in retaliation for organizing this year. Meanwhile, there doesn’t appear to be any slowdown of organizing at the retail coffee giant’s stores or on the retaliation seen from the company.
On September 7, Seattle public school teachers chose the picket lines over the classrooms on the first day of school according to the Seattle Education Association. The strike came after months of failed negotiations between the school system and teachers’ union. The SEA says it is demanding higher pay and maintenance of staffing ratios for special education and multilingual students.
Ohio teachers also took action on the eve of the new school year. In August, the Columbus Education Association (CEA) rejected the board’s last, best, and final offer and voted to go on strike for the first time since 1975. CEA representatives say their strike is focused on working conditions, not economics.
32BJ SEIU members employed by the School District of Philadelphia authorized a strike days before the school year began. The strike was averted when the 2,000 bus drivers, cleaners, and trades workers’ union came to an agreement within days of the expiration of the current contract. Representatives from the Union said that the deal included historic pay increases and increased training to keep themselves and students safe.
Just days into the start of the Fall semester, 500 Eastern Michigan faculty members approved a strike. They are seeking salary increases, health care benefit improvements. The University says the strike would be illegal under Michigan law.
Professors at New Jersey’s Rider University also authorized a strike in early September. The Rider University Chapter of the American Association of Union Professors vote came after months of negotiations between the two sides.
“The AAUP’s goal is to make small incremental improvements in the contract and to receive the first cost-of-living raise in nearly a decade,” the union said in its statement. “The administration’s goal is to fundamentally alter the working conditions of faculty by increasing their workload and slashing their compensation.”
Should there be a strike, it would be the second in Rider’s history.
As teacher shortages loom across the country, and dissatisfaction among those still in the profession remains at an all-time high, we may see increases in the number of teacher strikes soon. 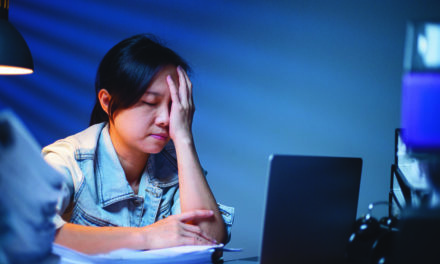