With the U.S. underemployment rate at 16.9 percent in March, the Letter Carriers’ (NALC’s) annual national food drive next month comes at a time when millions of Americans are struggling to put food on the table. More than 49 million people—including 16.7 million children—live in households that are hungry or risk of hunger, according to the U.S. Department of Agriculture. This represents more than one in seven households in the country (14.6 percent).

You can help “Stamp out Hunger” by collecting canned goods and dry food, such as tuna, canned meat, soups, pasta, rice and cereal, and leaving them in a bag or box by your mailbox on Saturday, May 8. Your letter carrier will pick them up as they deliver your mail. NALC members will deliver the goods to local food banks, pantries and shelters to help needy families in 10,000 cities and towns in all 50 states and U.S. jurisdictions.

Millions and millions of families are suffering, struggling to make ends meet and put food on the table. Food banks, pantries and shelters need our help more than ever this year. As families count on them for support, they’re counting on us and we will not back off on our commitment.

Rolando noted that donations are particularly critical at this time since most school lunch programs are suspended during the summer months and millions of children must find alternate sources of nutrition.

This is NALC’s 18th annual food drive, which is held on the second Saturday in May in more than 10,000 cities and towns in all 50 states, the District of Columbia, Puerto Rico and Guam. Donations from this year’s drive are expected to push the overall total since the annual drive began to more than 1 billion pounds.

Postal employees and rural letter carriers are assisting in the effort, as are members of other unions and thousands of volunteers. In New York City, where transportation problems limit mailbox pickup, citizens are asked to take donations to their local post offices between May 3 and May 8. Those who have questions about the drive at their location should ask their letter carrier or contact their local post office. 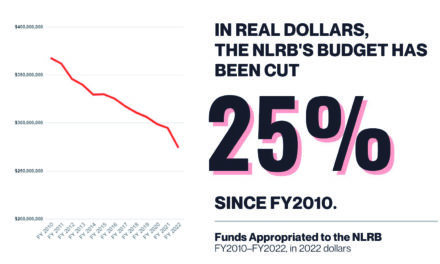