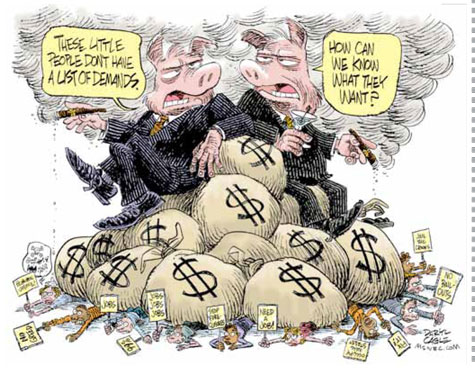 As James Carville once famously reminded candidate Bill Clinton: “It’s the economy, stupid.” Demonstrators in New York, Los Angeles, Washington and hundreds of other cities across the nation are emphasizing that point again. They are students, workers with blue and white collars, from the public and private sectors (including a smattering of bankers and lawyers), retirees, former homeowners and current homemakers. Although the media initially tried to ignore the demonstrators and later criticized the movement for its “lack of leadership,” the rest of America is getting the message.

AFL-CIO President Rich Trumka hailed the demonstrations, vowing that union halls and community centers would be open to demonstrators. He said the movement had “captured the imagination and passion of millions of Americans who have lost hope that our nation’s policymakers are speaking for them” and he applauded demonstrators for their “determination to hold Wall Street accountable and create good jobs.”

Tumka pointed out that union workers have spontaneously joined the demonstrators “to call for fundamental change” all across America, defining the protests as an expression of “frustration—and anger — about our country’s staggering wealth gap” along with the lack of jobs and “the corrupting of our politics by business and financial elites.” He said the 99% of the nation who “keep the country running are being robbed not only of income but of a voice.” 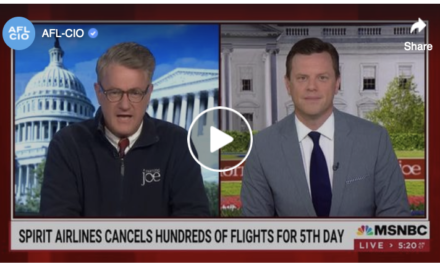