The National Nurses Union may make inroads into the highly anti-union, right-to-work state of North Carolina. Nurses at Mission Hospital made clear their intent to unionize when they filed a petition in March with the National Labor Relations Board (NLRB). The nearly 1600 nurses who are thought to be eligible to vote sought to unionize after the hospital was purchased by HCA Healthcare, the nation’s largest hospital corporation.

In May 2019, four nurses began the nurses’ organizing drive, citing staff cuts, poor communication and lack of access to supplies and PPEs. In an interview with Labor Notes, trauma nurse Kelly Tyler said that unionizing would enable her and her coworkers to get back to the job of being nurses instead of scrambling to put out fires all day.

Tyler, who began her career in 1985 said she is one of the “older people on the unit. A lot of the nurses at Mission are younger and new. They were taking it as this is how the job is supposed to work and how nursing is.”

Tyler told Labor Notes that she explained to the younger nurses that they have rights, like being able to eat during a shift or use the bathroom.

“I really need the newer nurses to have a voice and to speak up and say when things are not safe.”

HCA has pushed back on the union drive. The company has a reputation of being fiercely anti-union. Most HCA facilities are in right-to-work states like North Carolina, Florida and Tennessee. ■ 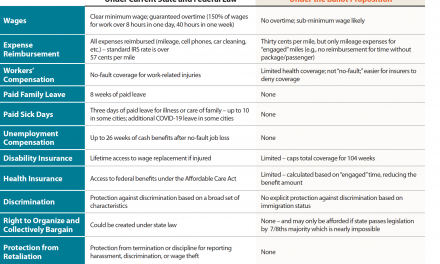 What President Biden Has Done for Working Families