It’s time to stop holding workers laid off in this recession hostage to Washington politics.  It’s time to do what’s right—not for the next election but for the middle  class.

Those words from President Obama today came a little more than 24 hours before the U.S. Senate once again tries to break the Republican blockade on extending the long-term UI that expired June 1 because Republicans filibustered against the bill. Pointing to their preference for helping out the wealthy and Wall Street over extending a hand to working families, Obama says “after years of championing policies that turned a record surplus into a massive deficit,” the Republicans

who didn’t have any problem spending hundreds of  billions of dollars on tax breaks for the wealthiest Americans are now saying we shouldn’t offer relief to the middle class.

has been the “Party of No Leadership” on the economy. Just look at its record: When Republicans were in charge, they put special interests and big corporations ahead of the middle class, driving our economy into a ditch. Now, they are protecting tax breaks for CEOs who outsource jobs while blocking policies that actually create jobs, like tax cuts for small businesses and a safety net for workers hurt by Republicans’ job-killing policies.

McConnell told reporters today that he will again lead a filibuster against the jobless benefits extension. But with the swearing in of Carte Goodwin, who was appointed to fill the seat of the late Sen. Robert C. Byrd (D-W.Va.) until a special election is held, Democratic leaders believe they can reach the 60 votes needed to beat McConnell’s obstruction. The U.S. House is then expected to quickly approve the bill and send it to Obama. 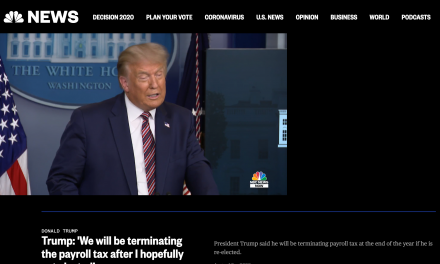