Wal-Mart May Sell Groceries, Blue Jeans, and CD’s But their Single Largest Product is Poverty

Decades ago the saying, “What’s good for General Motors is good for the country,” was largely true. Those unionized standards set the bar for the whole economy and raised the tide of all workers, unionized or not.

Today, Wal-Mart has the exact opposite effect. As the world’s largest employer, this purveyor of poverty level jobs is the ultimate leader of the 1%’s efforts to drive down the American middle class. Unfortunately, much of Corporate America and their political minions aspire to make the Wal-Mart model the norm for working people.

In the Los Angeles area, we have been very successful in stopping large scale penetration by Wal-Mart. But Wal-Mart is mounting a new offensive in LA, attempting to open “small” supermarkets.

As part of this offensive, Wal-Mart has announced it will open a supermarket in LA’s historic Chinatown, on Cesar Chavez Blvd, no less.

The only way we’ll stop Wal-Mart in Chinatown, and anywhere else, is by taking to the streets.

On Saturday, June 30th, we intend to mount the largest anti-Wal-Mart action ever seen, with a March and Rally in Chinatown. We are calling this The March Against Low Wage Jobs. Yes, we want to stop Wal-Mart but we also want to stand strong against the proliferation of poverty level jobs in our community.

In addition, Wal-Mart pursues a scorched earth policy in its destruction of small businesses that have the misfortune to be in the vicinity of its stores. In the case of Los Angeles, many of these stores will be owned by immigrants working hard to pursue the American Dream.

I look forwart to seeing you there and marching with you in Chinatown on June 30th.

First Amendment is Vitally Important to the Labor Movement 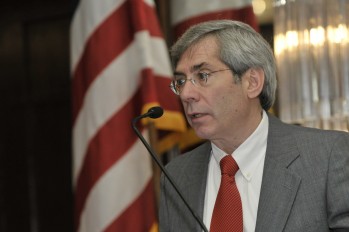