The International Association of Heat and Frost Insulators and Allied Workers (AWIU or Insulators) is a trade unionin the United Statesand Canada. It is affiliated with the AFL–CIOand the Canadian Labour Congress.

The union was formerly known as the International Association of Heat and Frost Insulators and Asbestos Workers, but the name was changed to reflect a symbolic new direction away from the hazards of exposure to asbestos. One of the major jobs of the members of the union has long been the safe removal of hazardous asbestos-containing materials, which were previously used in many construction products, such as insulation, adhesives, caulks, and flooringtiles.

Ever wondered why the Insulators use a salamander in their logo? According to the Western Lake Erie Insulation Industry website the salamander is associated with its unique ability to live in fire. The AWIU adopted the salamander from the beginning as part of its logo because of the fire-resistant element.

Spotlight the label–International Brotherhood of Boilermakers 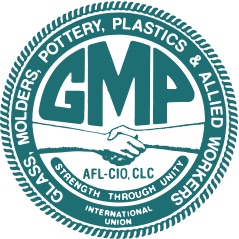