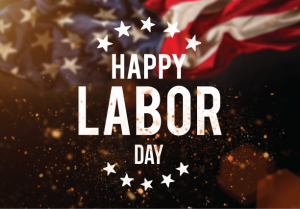 The intent of Labor Day, as envisioned by our forefathers, has, of course, eroded over the years.

Most see it as an opportunity to have a last trip to the beach or backyard barbeque, but in reality, the state of labor and capital today make it more important than ever to embrace the meaning of Labor Day.

Created in the late 19th century as a way to repair ties with American workers after the deadly Pullman Railway strike, Congress passed an act making Labor Day a legal holiday. The decades following saw massive parades and celebrations across the country honoring American workers. It wasn’t seen as the last weekend of summer, but instead as an opportunity to show appreciation for those who toiled and built a prosperous nation.

But now, in the 21st Century, we see fewer and smaller parades and celebrations honoring workers. Instead, we see massive retail sales and low-wage workers being exploited, working long-hours for a minimum wage that, for most, doesn’t pay enough to sustain themselves, let alone a family. We see our government attack the rights of federal employees, and the highest courts in the land strike down past laws that ensured public employees’ right to union representation. These attacks by anti-union politicians and employers are meant only to strangle and starve the very mechanisms in place to speak for workers: labor unions.

But this Labor Day, let’s vow to change the narrative. You can enjoy your picnic or family vacation, but when you return to work on Tuesday, do so with a renewed sense of purpose. It is time for all workers to help rebalance the power. As the new AFL-CIO television ad so eloquently shows, “Together we rise.”

This Labor Day, let’s vow to work together because “Together we rise.”

Building on the 2018 Midterms

Romney as a Metaphor