In a new study published in the Journal of Financial Economics, researchers from the Scheller College of Business at the Georgia Institute of Technology analyzed the economic and financial impact of right-to-work (RTW) laws in the U.S.

Using data from collective bargaining agreements, the authors show that there is a decrease in wages for unionized workers after RTW laws are enacted.

The authors of the report state that they use “wage growth data from 19,574 CBAs in the U.S.” and specifically focus on the introduction of RTW laws across “five states during 1988-2016: Oklahoma, Indiana, Michigan, Wisconsin, and West Virginia.” 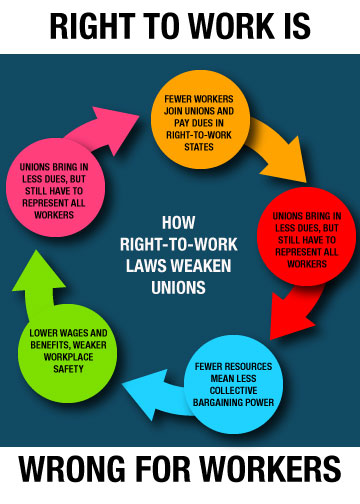 In their findings, the researchers state that “RTW laws reduce nominal wage growth by 0.6 pp [percentage points] over approximately one year. The unconditional average wage growth in our sample is 2.9% and average consumer price index inflation is 2.6%, suggesting that RTW laws eliminate a substantial fraction of real wage growth…”

The average worker in a RTW state makes $6,109 less per year than a worker in a free-bargaining state, according to the AFL-CIO.

The researchers conclude that the five states that have enacted RTW laws since 2010 have seen a negative impact on union bargaining power and thus a negative impact on wage growth of unionized workers. They found that the introduction of RTW laws reduced wage growth for workers covered by CBAs and state that the report provides “empirical evidence that is consistent with declining union strength.”

As well, the report states that “while our simple conceptual framework does not explicitly predict an effect of RTW laws on executive compensation, there are reasons to expect such an effect. One reason is that firms invest more in physical capital and hire more workers following RTW passage. We know from the existing literature that firm size is one of the main determinants of executive compensation. Therefore, it is plausible to expect that RTW laws lead to an increase in executive pay.”

They further found that RTW laws reduce the number of existing CBAs and increase the severity of the “free-rider problem between workers at unionized firms. This suggests that the effect on wage growth occurs through the union bargaining power channel.”

The researchers also show that firms located in states where RTW laws were enacted increase investment and employment but reduce their “use of strategic leverage,” noting that these actions are all “consistent with a shift in bargaining power from workers to firms.”

“Our CBA-level and firm-level evidence suggests that the decline of unions, and the corresponding decline in workers’ bargaining power, has contributed to a decline in wage growth of unionized workers in states that have RTW laws,” the report concludes. ■ 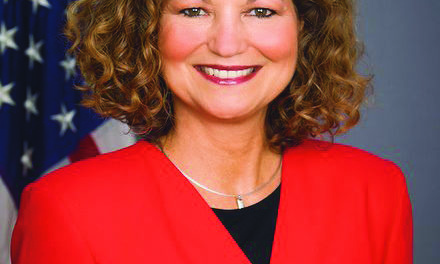 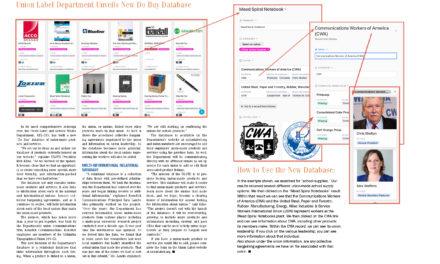