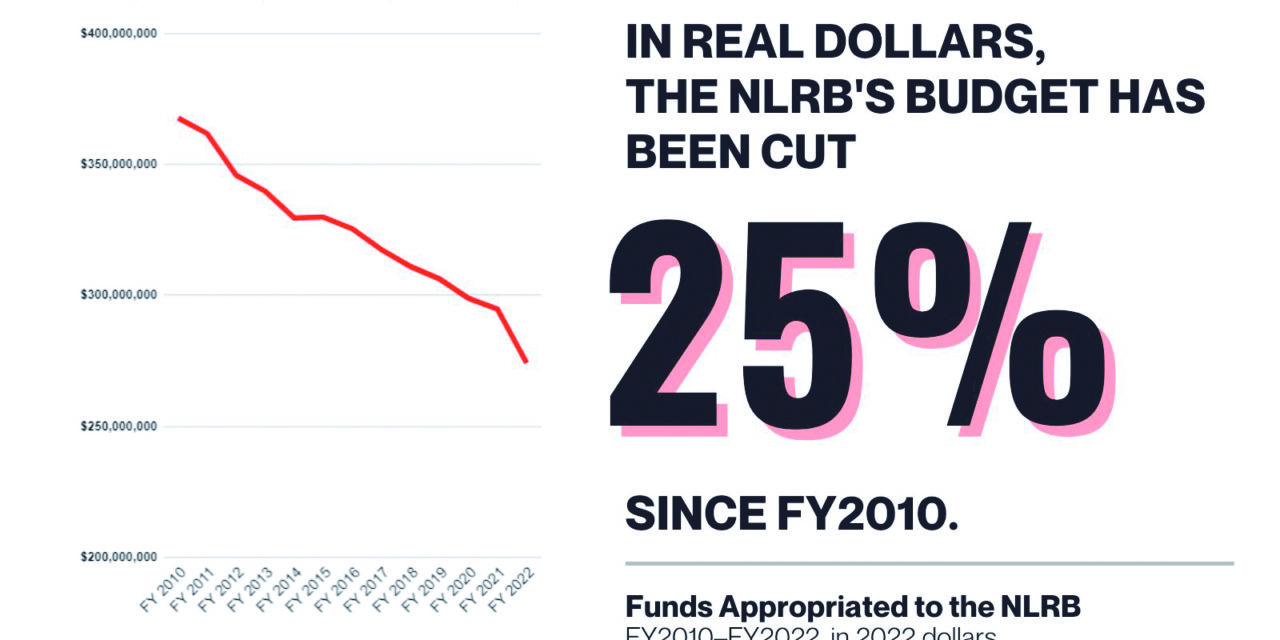 The National Labor Relations Board Office of Public Affairs issued a press release on April 6 stating that “union representation petitions filed at the NLRB have increased 57%—up to 1,174 from 748 during the first half of FY2021.”
Also noted in the release, unfair labor practice charges have “increased 14%—from 7,255 to 8,254.”
In response to these increases, NLRB General Counsel Jennifer Abruzzo called on Congress to fund President Biden’s budget which includes a 16% increase to the NLRB’s funding.
“Right now, there is a surge in labor activity nationwide, with workers organizing and filing petitions for more union elections than they have in the last ten years. This has caused [a] significant increase in the NLRB’s caseload, and the Agency urgently needs more staff and resources to effectively comply with our Congressional mandate,” said Abruzzo. “While our dedicated board agents continue to process petitions and conduct elections, investigate and prosecute statutory violations, and obtain remedies for victims of unfair labor practices, the NLRB needs [a] significant increase of funds to fully effectuate the mission of the Agency.” ■