EPI: Build Back Better Act Would Transform Millions of Lives

In a blog written for the nonprofit think tank, Hersh explains that the pending legislation would, in conjunction with the recently passed bipartisan Infrastructure Investment and Jobs Act, support more than 3 million jobs annually.

“With the U.S. economy still running at least 5.5 million jobs short relative to its pre-pandemic trajectory, sustained support for job creation is a key benefit of the plan, but the economic impact will be much farther reaching. For example, roughly half of the jobs supported by BBBA result from new and expanded caregiving initiatives for universal pre-K (332,000 jobs per year), childcare (574,000), and long-term care (238,000). Good jobs in these industries—where workers are deeply undervalued and underpaid—are just the tip of the iceberg that will also help get more parents back into the workforce and relieve the exorbitant financial burdens of child care and long-term care weighing on working families.”

According to Lily Batchelder, Assistant Secretary for Tax Policy U.S. Department of the Treasury, the Build Back Better Act would “more than pay for the critical investments in the legislation—and in fact generate net deficit reduction.”

Batchelder says the Act “ensures that large, profitable corporations will pay a minimum amount of tax by imposing a 15% minimum tax on companies that report over $1 billion in profits to their shareholders. Less than 0.00075% of U.S. businesses will owe this tax in a given year, which will raise more than $300 billion over the course of the next decade.”

She further points out that the “largest pay-for” in the legislation is “not a tax increase at all,” but a collection of unpaid taxes from the highest earners.

The Treasury Department estimates that the “tax gap”—the difference between taxes owed to the federal government and taxes collected—­totals around $600 billion annually. Natasha Sarin, Deputy Assistant Secretary for Economic Policy, writes, “over a decade, left unaddressed, we will lose $7 trillion from those who fail to pay what they owe. This tax gap is not distributed evenly: unpaid taxes are concentrated at the top because, although American workers are already fully compliant with their tax obligations, the wealthy who accrue income in opaque ways often are not.”

The BBBA promises to provide the IRS with the resources it needs to pursue high-end tax evasion, modernize antiquated technological infrastructure, and invest in taxpayer services.

Seventeen Nobel Laureates signed on to an open letter in support of the BBBA.

The group writes, “success in the 21st century will require building upon the bipartisan infrastructure deal that has passed the Senate, which prioritizes investments in our nation’s ‘hard’ infrastructure. The President’s Build Back Better agenda employs a broader conception of infrastructure by making critical investments in human capital, the care economy, research and development, public education, and more, which will reduce families’ costs.”

The letter continues, “While we all have different views on the particulars of various economic policies, we believe that key components of this broader agenda are critical—including tax reforms that make our tax system more equitable and that enable our system to raise the additional funds required to facilitate necessary public investments and achieve our collective goals. Because this agenda invests in a long-term economic capacity and will enhance the ability of more Americans to participate productively in the economy, it will ease longer-term inflationary pressures.” 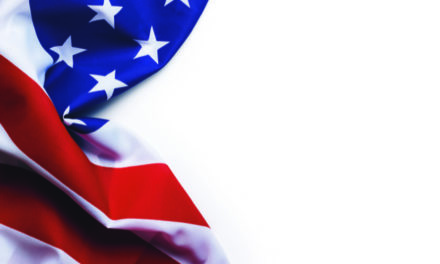 Executive Order Proclaims: ‘The Future Will Be Made in America’