Every four years, the UL&STD holds its Convention to elect its Executive Board members. During that meeting, resolutions are introduced for consideration by the delegate body. This year, the Union Label Department intends to introduce resolutions designed to define the mission of the Department for the next four years, including the following resolution.

**Resolution No. 2**
**Include the Union Label Identification in Contract Language**
_Submitted by the Union Label & Service Trades Department_
**Whereas** millions of consumers—union members, their families and even those who do not themselves enjoy the benefit of union representation—look for union-made goods and services as a way to support good jobs with decent pay and benefits for the people who produce the wares and deliver services to the American marketplace; and
**Whereas** these consumers comprehend the value and quality that union-made goods services convey to the end user; and
**Whereas** employers under contract with unionized workers enjoy enhanced business and expanded market opportunities because of the higher value, reliability and quality associated with union-made goods and services; and
**Whereas** the absence of union identification on products and services in the marketplace is frustrating to those consumers who wish to support the union label; and
Whereas union workers and the unions that represent them must take the initiative to provide consumers with information about the products and services they generate; and
**Whereas** employers have recently attempted to remove the union label from cereal and bread packaging in order to deceive the American public about the location of production facilities for some of their goods produced; and
**Therefore, be it resolved** that the Union Label & Service Trades Department will encourage and support efforts by its affiliates to develop model contract language and support all efforts by union negotiating committees to secure contract provisions that identify the appropriate union label, shop card or distinct identity of the union or unions responsible for the manufacture or delivery of the employer’s final product or service.
**Be it further resolved** that the Union Label & Service Trades Department will make model language available to its affiliate unions for inclusion in contracts upon request.
The Union Label Department aims to encourage the incorporation of language into collective bargaining agreements that will help union members and others identify union-made products and services – from bread, cookies and candies, for example, to the elevator in your apartment building or your new air conditioner.
Movie makers incorporate the International Alliance of Theatrical Stage Employees (IATSE) logo in their credits, and have since the 1930s, because IATSE won the contractual right to have its label displayed in the credits when theater projectionists, who also were represented by the union, threatened not to run any film that didn’t carry the union’s brand. But the Screen Actors’ Guild and the American Federation of Television and Radio Artists (SAG-AFTRA) have been unable to negotiate the same treatment for major motion pictures. They do have language requiring their label’s use in their independent movie contracts.
A look at the back of the Arnold bread bag reveals the BCTGM label and on many other brand bread products. Kellogg’s proposed removing the BCTGM Union label from all cereal boxes in their contract fight in October 2021, but BCTGM fought back against the concession and was able to prevail. The Sheet Metal Workers (SMART) use the label on some of their manufactured duct work and also encourages “labeling” in its represented worksites.
The radio and television jingle, “Look for the Union Label,” created by Paula Green for the International Ladies’ Garment Workers’ Union (ILGWU) in 1975, was a familiar musical reminder to many Americans to buy union-made goods. In 1891, the International Typographical Union (ITU) began to use a union label or “bug.” The union bug met with early success and just a few years later, 40 city councils had passed ordinances requiring union labels on all municipal printing. Now, politicians courting union voters make certain that the union “bug” is on their printed materials they use when campaigning.
The union label symbolizes the American labor movement’s struggle to maintain fair labor standards in global labor and product markets. It allows consumers to lend material support to labor’s fight to improve working conditions and to support businesses that engage in fair labor practices.
Including the use of the union label in contracts can reignite that symbolism and could help reignite the fervor of the American labor movement in its heyday. It’s past time to use it as an organizing tool as well as a consumer tool.

**Sample Language**
**For unionized goods: **Union Label. It is hereby understood and agreed by the Employer and the Union that products produced by members of [OUR UNION] shall have our [UNION LABEL] placed on such products. The Label shall remain the property of [OUR UNION] and shall be at no time be used in any manner that will be detrimental to the interest and welfare of the members of [OUR UNION]. Use of said Label may be withdrawn from the Company any time, at the discretion of the International Union.
**For service employers:** Union Label. In order that our represented employees and the public may be aware of the benefits of a unionized worksite, our [Union Label] shall be displayed prominently in each work area employing our members. The location of the Label in each work area shall be agreed upon by our labor-management committee. ■ 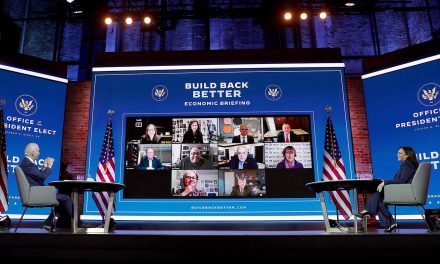