Atrocious working conditions in non-union auto parts plants are described in a scathing article in Bloomberg Businessweek called “The New Detroit” from its March-April cover story. The cover photo was of a one-armed victim of an industrial accident beside this line: “The South’s manufacturing renaissance comes with a heavy price.”
The article describes workers who are “poorly paid, barely trained and under relentless pressure, and they are being maimed and killed.”
Bloomberg Businessweek reports that while Alabama boasts of itself as the “New Detroit,” “it also epitomizes the global economy’s race to the bottom” seeking low-margin orders in competition with Mexico and Asia.
A former OSHA official says the supply chain includes Bangladesh, Georgia, and Alabama and the auto parts suppliers’ workplaces are marked by “high turnover, training is scant, and safety is an afterthought.”
The article describes numerous rotten conditions and industrial accidents.
One worker who was injured at a non-union plant now commutes to General Motors Co., where the United Auto Workers represents the workers. He says the training is done “the right way” and that “they don’t throw you to the wolves.” Oh, yes, his pay rose from $12 an hour to $18.21.
The so-called New Detroit needs the UAW so it can raise its standards and to properly treat, train and pay its workers.
[sgmb id=”1″] 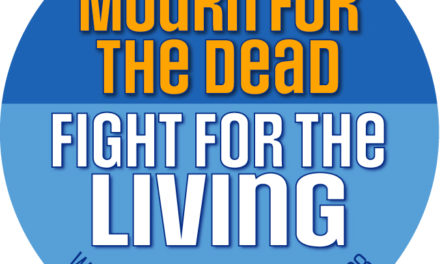