Labor Day did not begin with a picnic. It began with a march demonstrating the power of organized labor. Now Labor Day marks the end of summer for many Americans and, unfortunately, not much more.

Too few of us, far too few, understand what Labor Day truly symbolizes – the power of the organized workers who used their collective voices to secure an eight-hour day, a 40-hour work week, a fair wage, and a path to the middle class.

Despite these facts, the moneyed elite – the ones who crashed our economy – have distracted the public conversation away from the achievements of the labor movement, demonizing the union worker for having the gall to ask for a fair wage, decent benefits and retirement security. All Americans deserve these benchmarks, but the moneyed elite would have us believe that economic equality would be the downfall of capitalism.

How can the labor movement steer the conversation back to the one we should be having?

One thing we must do is to remind our nation that the prosperity of the middle class, indeed the existence of a middle class, is tied to a strong labor movement. Organized labor establishes wages and benefits that set a standard observed even by unorganized companies. The labor movement forcefully demanded the economic stimulus that prevented our recent recession from becoming a depression.

Furthermore, we must renew efforts to increase the minimum wage, which is a national disgrace at $7.25 an hour. We must take stances that identify ourselves with the 99 percent of Americans who need protections from rapacious banks, outsourcing corporations and corporates raiders, unfair trade agreements, and right-wing extremists who seek to overthrow decades of hard-won social progress, such as Social Security, Medicare and OSHA.

This Labor Day, we must resolve to look for the Union Label, to seek providers of union services in hotels and restaurants and post offices. Just as important, we have to call for policies at every level of government that do the same. Our government should buy American products and services the same way foreign nations patronize theirs.

We must demand an end to the vicious attacks on public service employees, who are being scapegoated for a bad economy. The faults in our economy result from the excesses of Wall Street, lax government regulation, corporate greed, and a tax code filled with loopholes favoring the rich.

Undoubtedly, right-wing extremists will continue to mislead the public and point the finger of blame at labor, but we must remind everyone that we strengthened the United States and we built its middle class.

We face a challenge and an opportunity this year to support both union-made goods and services and expand the ideals of unionism to all Americans. In fact, in the era of globalization, we must unite with our organized workers around the world. The issues facing us are to be found globally and require global action.

If we are to continue our struggle for a better America, we must revive Labor Day in its original spirit.

Now is not a time for optimism based upon the return of a small number of jobs to the US from offshore. Neither is it a time for pessimism because the threats facing us are so severe. Rather it is a time for realism. We have problems and powerful enemies, but we have faced them before and we can overcome them again. 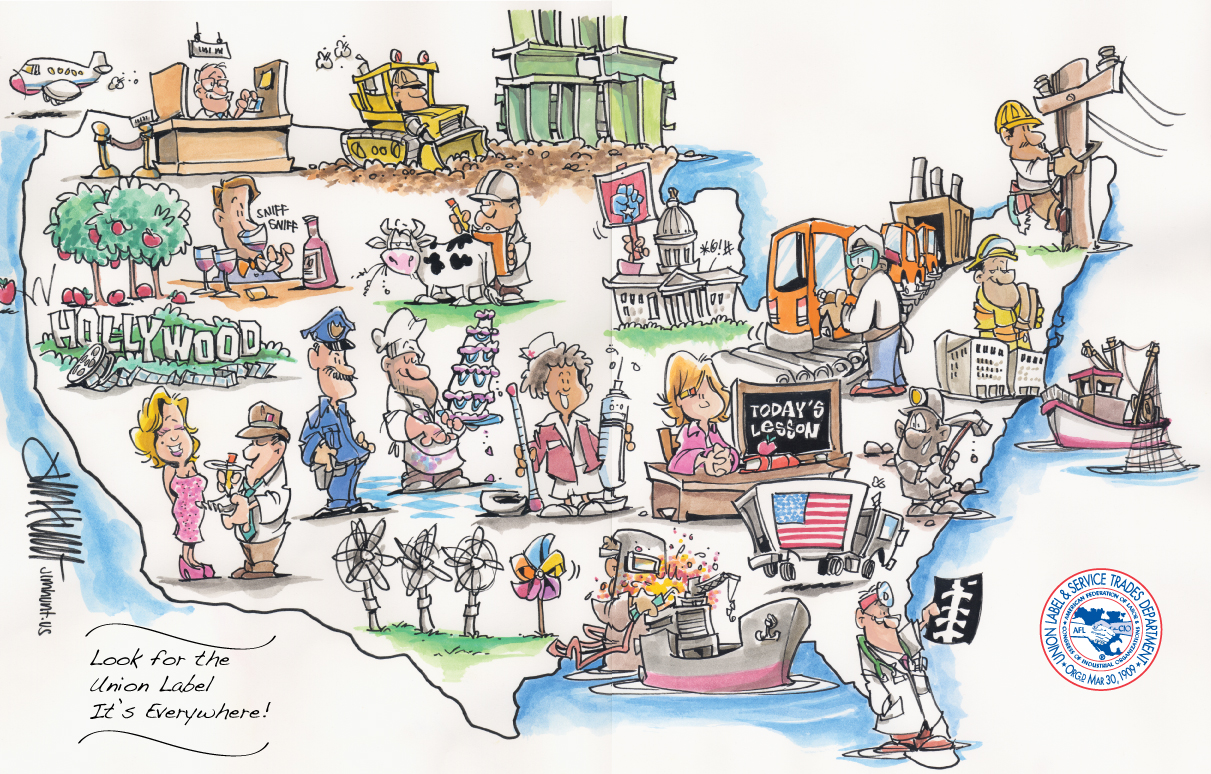 I’m Not a Robot, I’m a Union Member