The United Food and Commercial Workers (UFCW) re-affiliated with the Union Label Department this past June, and the Department is honored to have such a remarkable and powerful union as an affiliate.
The UFCW’s immediate history goes back to 1979, when they officially became the UFCW. But the formation of the union was the result of mergers and union organizing that originated in the late 1800s when the American Federation of Labor granted charters to the Retail Clerks International Union (1890) and the Amalgamated Meat Cutters and Butcher Workmen of North America (1897). These organizations grew and organized over the years, and then merged at the 1979 convention.
At their founding convention then-President Jimmy Carter addressed attendees:
You’ve always used your influence and your power to fight for decency and to fight for opportunity for all Americans, for the working family, for the poor, the elderly, the black, the handicapped, those who don’t speak English very well, disadvantaged kids who would never have a chance without your help. That’s the spirit we need across our country. It’s time to put first the interests of our Nation and our children in the United States of America.
The union now represents 1.3 million workers in the United States and Canada, including meat packing, food processing and manufacturing employees, retail and grocery clerks, pharmacy and health care employees and even public employees.
Read more about the UFCW on their website (https://www.ufcw.org/about/our-history/). 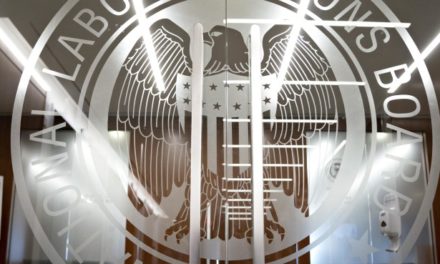